28 anniversary to give the Nobel Peace Prize UN forces

In Yaroslavl celebrated the anniversary in honor of the Nobel Peace Prize UN forces. The main organizer of the ceremony was Yaroslavsky wheel SKMP UN. Celebrations took honorary patronage: Lower Carpathians province governor – Ewa Leniart, Marshal of the Podkarpackie Region - Wladyslaw Ortyl and the governor jarosławski - Tadeusz Horseradish.
Celebrations began with laying flowers at a plaque commemorating the participation of soldiers in the Garrison Jaroslaw missions and international operations, at which the exposed post of honor and a standard-bearer Wheels. bouquets made: Member of Parliament Ms. Anna Schmidt-Rodziewicz, representatives of the Marshal of Podkarpackie Province and the governor Yaroslavl, Garrison commander, commander of the county Police, the commander of the district fire brigade, WKU commander of Jaroslaw and a delegation Wheels No. 3 UN SKMP.
The participants then went to the hall mirror Yaroslavl Center of Culture and Promotion. Member of the Board, CEO Jaroslaw Wheels SKMP UN Zbigniew Broś warmly welcomed the guests, including members of the Honorary and Supporting Association. A minute of silence honored the memory of those, who gave their lives in the service of peace. In brief remarks, the president recalled Broś story related to the granting of the Nobel Peace Prize UN forces. Read an occasional letter addressed to the President of the Circle Marshal of the Podkarpackie Wladyslaw Ortyl. Ms. Member of Parliament Anna Schmidt-Rodziewicz in a short speech highly evaluated the activities of the Association in the Yaroslavl Wheels for veterans. Ks. Chaplain Maj Marcin Kwiatkowski declined to pray for veterans, which was not given back to the homeland. Arm. Broś on behalf of the President of the UN General ZG SKMP. Stanislaw Wozniak handed granted by the Board of SKMP UN commemorative medals. Medals for his contribution to the UN SKMP received Mrs Anna Schmidt-Rodziewicz and Marshal of the Podkarpackie Region Władysław Ortyl.
Celebrations ended wishes Christmas and New Year as well as a photo and a glass of wine flowed memories of mission, It was also an opportunity Mrs familiarize with the activities of the Association and provide it with our comments and proposals. 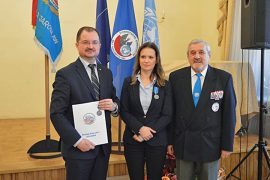 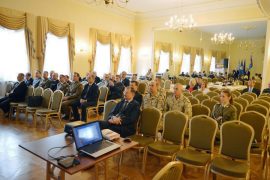 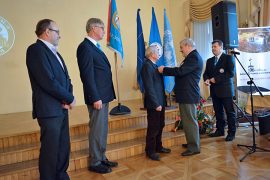 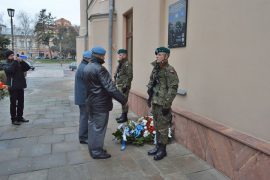 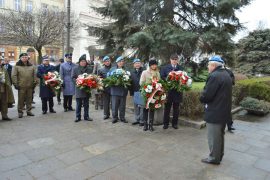 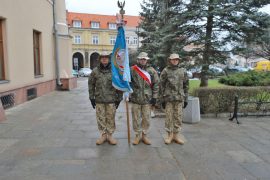